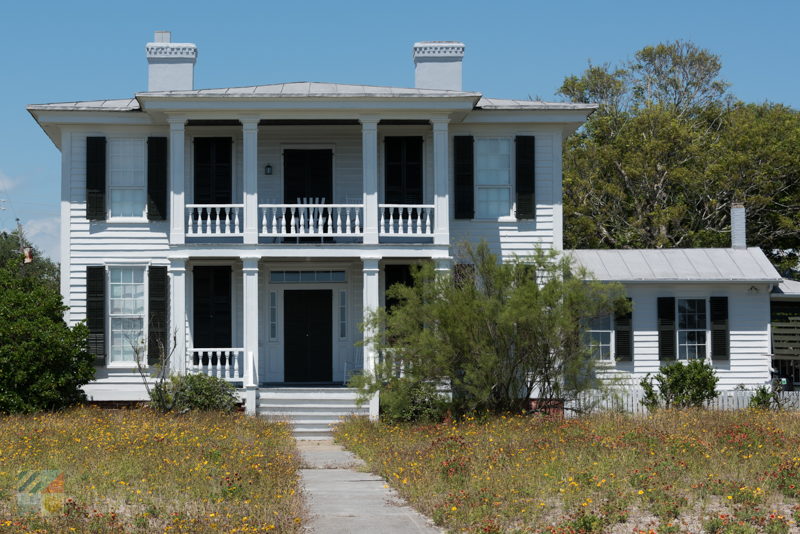 The Gibbs House is a picturesque home in the heart of Beaufort that has deep roots and a fascinating background. Added to the National Register of Historic Places in 1973, this eye-catching home is a popular destination along a guided or a self-guided downtown walking tour.

The Gibbs House was built around 1851, and was a prime example of the Greek Revival style, which was popular during the mid-1800s. The nearly square residence features two fireplaces, a row of towering windows, and two front porches that are stacked on top of each other. Though originally privately owned, the house rose to regional prominence as the temporary home of the Johns Hopkins Seaside Laboratory, which operated at the site for ten years in the latter 19th century, and which was one of the very first marine research labs in the United States. Modern day visitors can easily explore the home and snap a few scenic pictures by taking a stroll along the eastern edge of Front Street, just past the hub of businesses and restaurants stationed by the water. A unique little gem of a home that’s worth a second look, the Gibbs House is just one of many treasures that historic Downtown Beaufort is renowned for.